The project aims to build a system that assists users in confirming the veracity of news spread on social networks by automatically collecting and synthesizing evidence for or against news from the Internet. 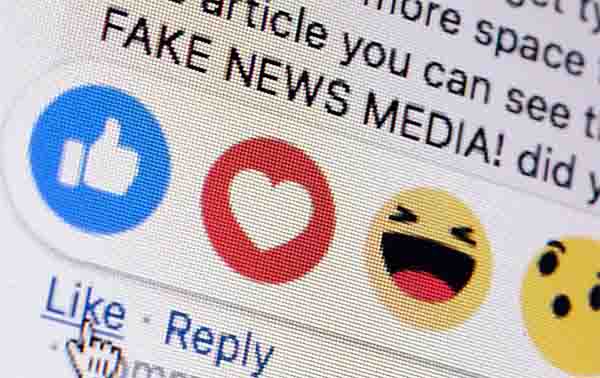 Among false information that is spreading on social media, fake news is the costliest one, both socially and economically. Fake news breaks the authenticity of the news ecosystems, thus trying to manipulate and persuade the news consumers to accept biases and false beliefs, which subsequently lead to seriously wrong decisions, e.g., vaccine resistance, or bad deals. A recent study estimated that fake news has been costing tens of billions USD yearly. Combating fake news on social media is therefore critical in any social sensing applications.

Ideally, due to its prevalence, fake news should be detected automatically and as early as possible. However, this poses several challenges. Firstly, these news are often well written with the intention to mislead readers, and hence are not trivial to be detected purely based on their content. Secondly, the consumption and propagation of fake news by their consumers, which mainly distinguish them from the true ones, is not always observable due to privacy issues. Thirdly, as stories and events unfold, the truth value of news may also be changed overtime, which makes it even harder for evaluating the credibility of the news.

The system that is able to collect and compile, from publicly available information sources, for each news propagated in social media, the evidence that is for or against the news. Our system would then allow users to confidently and dynamically verify the news based on comparing and contrasting them with that extracted evidence. Furthermore, to deal with the multimodality of social media content, and to extract more convincing evidence, we aim to develop the system with capability of handling multimedia and cross-lingual data. For example, we would like to extract both images and news from multiple languages (e.g., English and Vietnamese) for supporting or rejecting a social media post, which may also contain both images and texts in multiple languages.

Designed as above, the system is not only able to efficiently support users in detecting fake news but also able to provide transparent justification for any decision regarding the credibility of the news. This is a crucial feature that would make it be widely adopted and leveraged for social sensing applications. Potentially, the system can be easily integrated into any information system in organizations and institutes, and be useful for a wide range of non-technical users, including traders, journalists, and administrators.